Writing Prompt based on The Bath, a short story by Raymond Carver

Write a short story about a very emotional scene without describing the emotions or thoughts of the characters.

Be a minimalist writer. What does that mean?

This Boy’s Life by Tobias Wolff

Tobias Wolff captures his childhood in a pool of childhood adventures written in quick, smooth prose.

Wolff wastes no time with his writing. He knows exactly where he’s going and jumps directly into the scene. Wolff’s opening sentences widen your eyes and narrow your vision. He jumps time swiftly, skipping weeks, months, even years in single sentences without jarring the reader.

A Memoir Point of View

The distant, introspective nature of memoirs always strikes me as curious. Wolff writes in the first person, but I felt disconnected to the story, as if Wolff is writing the memoir in order to discard the old memories instead of capture their timelessness. His rebellious youth, disjointed family life, and lack of respect seem like a distant life, even for the reader.

This Boy’s Life leaves a trail of breadcrumbs that seems certain to lead to destruction. If I didn’t know the main character went on to live a long life filled with writing, I would have guessed the book to end with his death or imprisonment. He was surrounded by dangerous people and cared very little for his well being. At times, I felt shivers go up my spine.

“Like anyone else, she must have wanted different things at the same time. The human heart is a dark forest.”

Although Tobias Wolff is one of my favorite short story authors, I didn’t enjoy his memoir as much. He’s certainly a fantastic writer and his childhood was filled with smirking adventures, but the story did not capture me.

6 Authors That Keep Calling Me Back

Sometimes when I read a great book, it feels like the end. I’m thankful for the story, I enjoyed the story, but the experience feels complete and doesn’t keep calling me back. Other times, when I finish a story, I only want more, more, more! When this happens, I pick up another book by the same author and hope they can feed my longing.

Here are 6 authors that are currently calling me back to read more of their work: 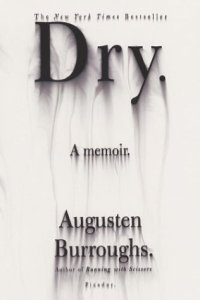 1) Augusten Burroughs – After a coworker recommended Burroughs, I asked, “Which of his books do you recommend?” She replied, “All of them.” Thats when I knew it was a recommendation I should listen to. So I purchased Dry at my next visit to the bookstore. It was exceptional.

2) Neil Gaiman – The Graveyard Book was exceptional! One of my favorite books of 2014! I didn’t enjoy American Gods as much but still looking to spend more time in Gaiman’s imagination. 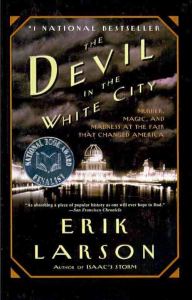 3) Erik Larson – I read The Devil in the White City this summer and loved the fictional feel of his nonfiction writing. I love learning new things while I read and Larson certainly educates his reader! 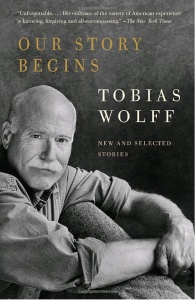 4) Tobias Wolff – I’ve enjoyed every short story I’ve read of Wolff’s and have had his memoir, This Boy’s Life, waiting on my bookshelf for too long. 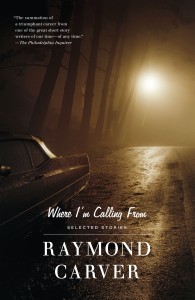 5) Raymond Carver – Another of my favorite short story authors. I’ll never get enough of his minimalist writing style and I know I can learn so much from his stories. 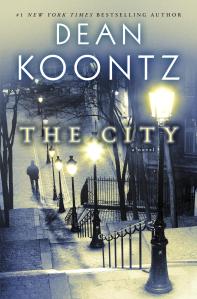 6) Dean Koontz – I’ve heard some hype about his new book, Ashley Bell, coming out in December and am excited to pick it up! After reading Koontz’s The City, I believe he will continue pushing himself out of the comfort zone, creating new and exciting works instead of punching out generic, familiar novels like so many best-selling genre writers do.

The Girl on the Train Book Review

The girl on the train is Rachel, an unemployed alcoholic who rides the train into London every morning. Rachel peers out the train window at a particular house where a young couple live. She images the perfect life this young couple must live. Until one day, when the woman that lived at the house disappears and Rachel may have saw something that could help the police find her.

You could argue that every major character in this novel is majorly flawed. The main character is an unemployed, alcoholic stalker. And she is just the tip of the iceberg. The cast is polluted with angry, obsessive, violent, lying, cheating characters. Not to mention there is a murderer in the mix.

**SLIGHT SPOILERS** My favorite part of this book was how much of a stalker the main character/narrator was without realizing it. She was oblivious to the strangeness of her obsession with this couple she watched on her daily train ride. Then we learn about her interaction with her ex-husband, then she reaches out to the husband of the missing lady, and to push it really over the top *SPOILER* she goes to the therapist who is also a suspect in the police investigation.

The point of view is always 1st person but different chapters jump into different characters’ heads. I enjoy this style of writing and thought Hawkins distinguished the characters’ voices well. I do wish she would have introduced all the characters’ POV closer to the beginning. I was jarred out of the story when Anna became a third 1st-person POV so late in the novel.

“Scott opened the door almost before I finished knocking.”

Its nothing fancy but, as a writer, I saw this quote is a great example of how to add flair to a boring action. There are so many times when our characters have to knock on doors, walk across the street, cook dinner, and endless other actions that are needed to move the plot forward but are thoroughly boring.

Hawkins could have written this like “I knocked and Scott opened the door” or “Scott let me in after I knocked” or she could have skipped the action all together but instead she adds mood to the sentence.

From this sentence, we can deter that Scott was waiting for Rachel to arrive, that he was anxious for her to get there. Hawkins successfully sets the mood of the scene before our narrator even walks in the door.

This was a solid story, solid writing, good suspense but it didn’t capture my attention like I thought it should have/could have. The book has received a lot of hype in the media lately so my expectations for the book were very high.